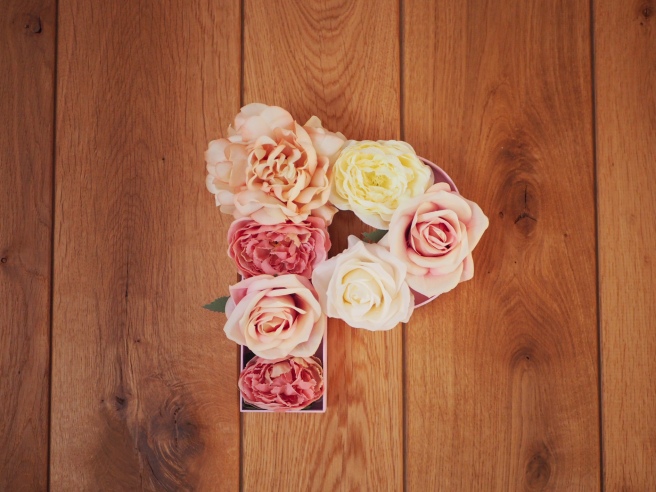 I finally feel like we have just about got every room almost straight since we moved back in December (2018). Polly’s room was one of my main focus’s to get all decorated and nice for her but we are so so lucky that since moving she has still continued to be an angel when it comes to sleeping at night and has slept through the night from such a young age. We didn’t get upstairs carpeted until January so I managed to get it painted before it was laid. I wanted something that would last and we, mainly I wouldn’t get board of it. Her last room was her nursery which was grey because we never knew she was a she etc so I knew I wanted to be more girlie in colour so we picked Farrow and Ball – Calamine. It really is a pretty pink without being too barbie pink and in your face.

And considering it only has a little window it doesn’t make it too dark in there. She has one nice big feature wall with frames on it and her wooden dolls house underneath which she always plays with in the mornings and before bed. But because she has a playroom downstairs her bedroom luckily stays rather tidy as it doesn’t have many toys in it.

She does have her tee pee in there which she loves to hide in and read her stories in. We got it from Aldi before we moved as one of her Christmas presents and it seems like it will grow with her for a few more years. I’ve just placed a fluffy rug in there and come cushions so its super cosy.

We used to have a chair in the corner but had alittle rearrange as her tee pee fitted better in the corner, along with her laundry basket and cuddly toy basket. Although it seems much more grown up than her old bedroom I still do have little sentimental touches around from when she was first born. 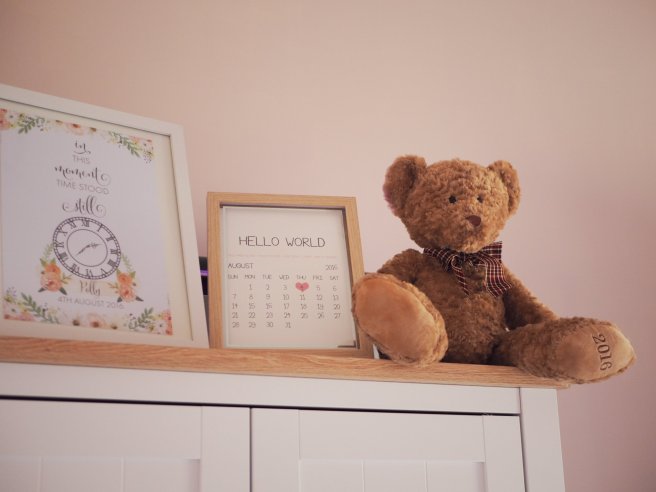 A print with her birth date on, along with a two special teddy bears. One of which has the year she was born and the other is her first ever Harrods bear. Also on display on top of her wardrobes is a picture from her newborn photo shoot where she was only 11 days old and her hand and foot casts from when she was only 4 weeks old. All of those items I will cherish forever, hense why they are up high on display.

We then brought her a new bed. There wasn’t anything wrong with her old bed, it was infact her cot that transfered into a cot bed but because her room is so much bigger than her old one it just looked so tiny and the room could definitely take a bigger bed so we went for an Ikea bed which will still get longer as she grows. It also has the pretty iron wire details and we added her canopy above it to finish it off. I then ordered her alittle bedside table which I actually thinks matches the rest of her furniture quite well, but she loves a story before bed so we keep some of her favourites there an a bedside lamp so we always read to her in bed. 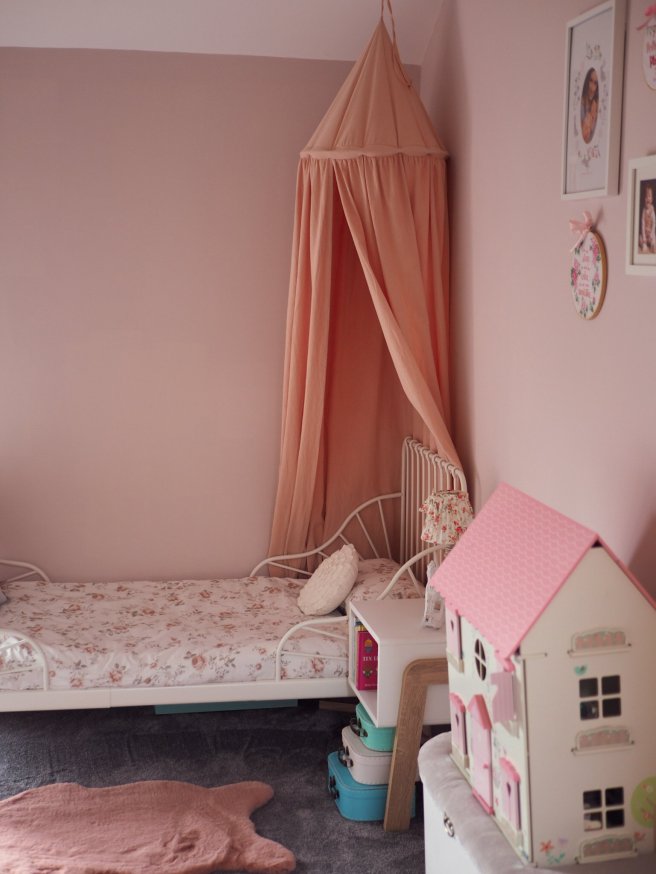 It really is one of my favourite rooms and Polly seemed to settle so well with moving etc and in her new room which she just loves and is always happy to got to bed in there.

I just love her room and I think she loves it too although she mainly spends time in there of an evening but it feels a nice calm room for her to enjoy and grow with.

One final little thing I just had to have for her were fairy lights on her beam. These pictures were taken on a nice sunny day so I didn’t bother to turn them on but you may just be able to make them out on the beam with a few little butterflies on. She goes to sleep with them on every night.

Well I hope you enjoyed reading this post. It’s changed style quite a bit from her last bedroom, dare I say its much more grow up from her first nursery.