Now we have finally moved I feel I can post this blog I started writing alittle while back as it’s been a big thing to happen for us and I got a lot of messages on Instagram as to where we were up to, how long its taken us to sell etc, so Here is a little blog post all about it. We first decided to put our house on the market at the end of June and we got an offer second week of October and moved on 11th December 2018.

Most people in their lifetime move alot, our house we lived in wasn’t the longest time I’ve lived in one place but it’s the one that has had the best memories made in it. We enjoyed one too many party’s back in the day with our friends, (back when drinking took me the whole next day to recover from a hangover)…

Delish family dinners and BBQs right up to to those magical moments of bringing our newborn daughter through the front door for the very first time. Getting chance to watch her grow up in our home. Roll over in the lounge for the first time, crawl in our hallway for the first time right up to taking her first steps in her very own playroom to really getting to enjoy playing with all her outdoor toys in the garden. 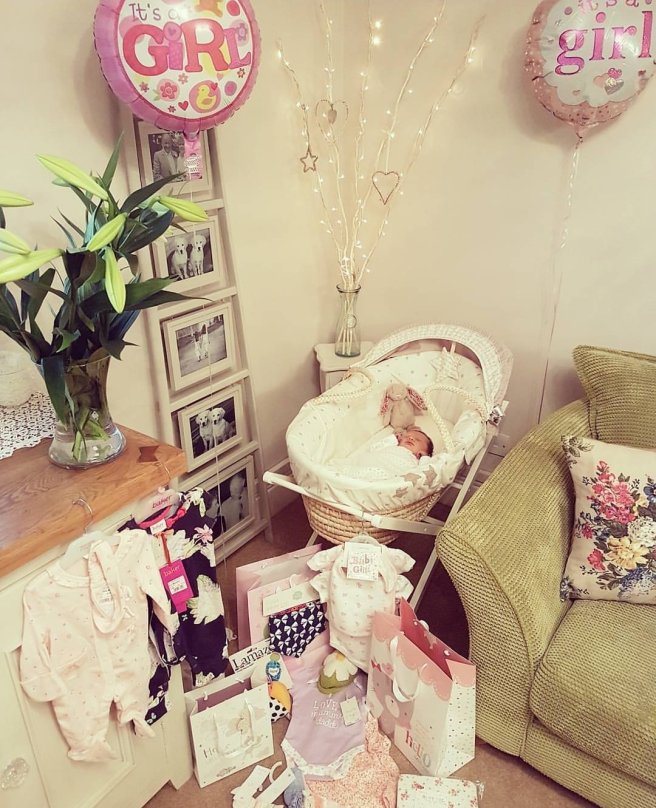 I think it’s fair to say we both loved this house (Andrew’s Dad built it after all) and if it was so simple to pick it up and move it, then job done! Andrew had always thrown “I think we should move” into conversations every other year and we had been there 9 years. But last year (2018) when he said it I thought you know what lets! It all started because he had seen a property on right move, a barn conversion. But by the time I had called the estate agents it had sold. They then told us about a house down the same street that we might like… and we did! We then made the start of putting our house on the market and getting the ball rolling so to speak. Over a couple of weeks of being on the market with ours the house we liked had sold. We were told we could go in with a higher offer and give over the asking price etc but I think it would then get like an eBay bidding war and there were a few elements on that house that we didn’t think it would be worth it on etc. We then frantically looked around for something similar or least out of our town and in the area we wanted to relocate too and Bingo! We found something. Now in this time of finding this house and going to see it myself before Andrew was free, we had an offer on our house… yippee! We went to the “new” house three times before we made an offer and met my Nephew Tom who is a fab carpenter there to answer Andrew’s questions of the work it needed/we would like to have done on it etc. The same day we offered on it, we lost our buyer! I know annoying right!

I find it’s a very hard game this buying and selling houses, it’s almost very dog eat dog in a way as in let the best man win kind of thing and I guess because our house wasn’t your normal 2 bed semi on a housing estate that the newlyweds down the road can buy, it mad it all a little harder.

Since I last updated this post “THE” Barn conversion we originally liked is back on the market! Ekes! We have been to see it with Polly after our beach day just before her 2nd birthday (Aug 2018) It’s empty and never been lived in. The Kitchen cupboards still have the protective film on the glass, it has been what we have both always liked about Barn conversions, the exposed wooden beams! It has underfloor heating throughout the ground floor but apart from the kitchen, main bathroom and two en-suite’s it needs flooring. Which is no biggy in a way. It means we can pick our own flooring or colour carpet we want but as its over budget and the cost of moving is never cheap it will be a case of doing one room at a time.

Polly completely made herself at home by taking off her shoes and charging around! I can really imagine her growing up here and us cooking a big Christmas dinner in this kitchen. In our opinion its the house of our dreams. We already have big 4 bedroom house with huge garden which we want to downsize from so for us to move to another normal house it would have to be because of the location of our dream… or of course a Barn conversion! I didn’t think Id ever love a property so much and if I had to live without carpet/flooring for a year then I would. I feel like I have so many ideas for the barn already and there are a lot of things in this house that I wouldn’t take because they wouldn’t go etc. I feel it would be a good chance to start again as such and have something thats both ours together. For example were super lucky we have built in wardrobes in our bedroom and spare room so we would need more bedroom furniture, but rather than go out and buy the first ones we see, I would just get some of those rails to hang our clothes on while we find the perfect ones as I really feel this would be our forever home! (Well it would have to be too expensive to move again ha ha!)

So now we just wait to get a buyer for ours and hope that our dream home is still there when we’re ready for it.

We had another offer on our house in October which we excepted, we made an offer on the barn and managed to get it! Although we had technically got it, we didn’t exchange contracts until the 7th December and we moved in on the 11th December so what with Christmas aswell it was a whirlwind of a month! 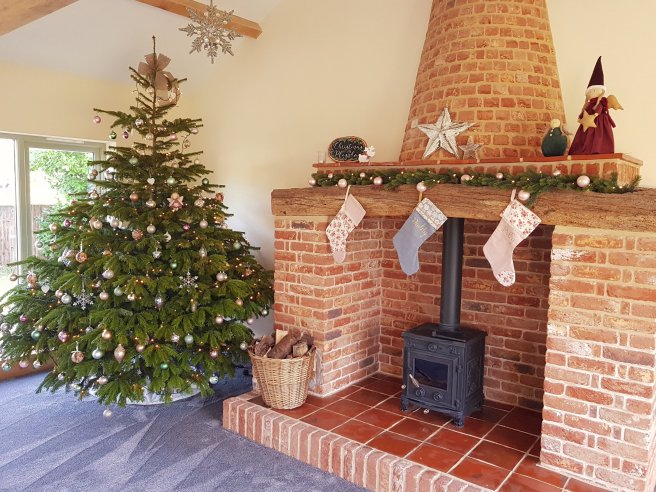 We managed to get our first ever real 9ft tree in and decorated a week before Christmas as we didn’t get the lounge carpeted laid until the 19th so super close but having the lounge done at least made Christmas feel lovely and cosy and we could tell Polly that Santa was coming down the chimney. 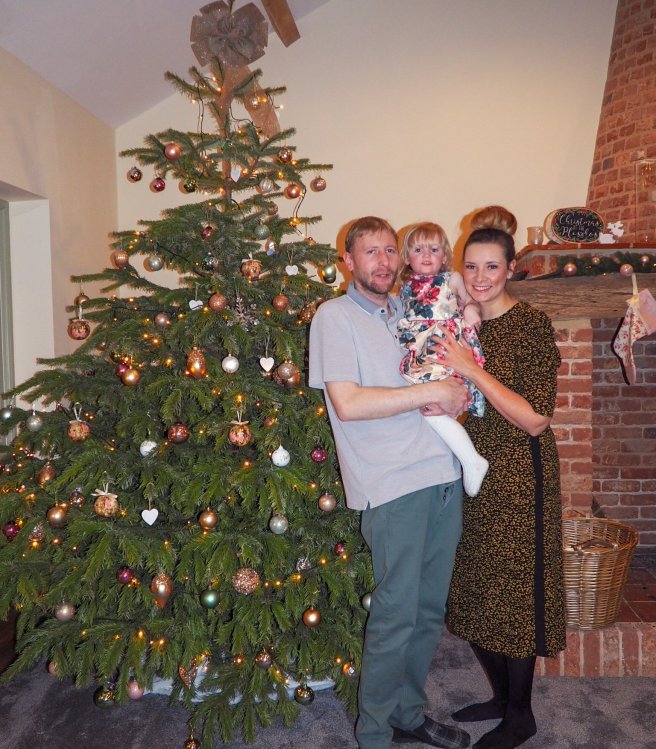 It’s safe to say our first Christmas in our new home was a success so from my family to yours we hope you had a magical Christmas and I can’t wait to see what this new year has in store for us.